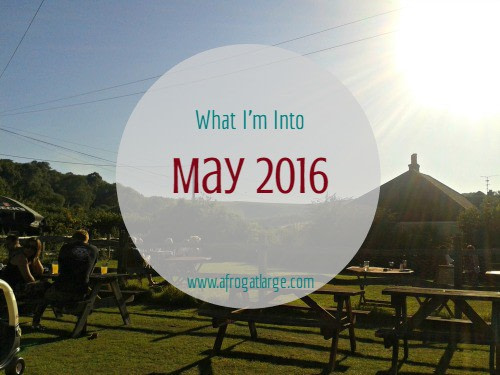 What an intense month May has been! I feel like it’s just disappeared and tried to take a few bites off me as it went. Busyness and loud children will gnaw at you that way and fray you at the edges sometimes. I’m joining in with Leigh Kramer as usual for a round up of all the things I’ve done this month.

Books about Business Strategy, French cookery books and free Regency romances for Amazon Kindle. Nothing is massively standing out as worthy of note to be honest but my brain is fried.

iZombie and Outlander are my two main things on TV at the moment, I love both of these shows so much! They couldn’t be further apart in terms of topic and style but they are both so entertaining. Outlander in particular has been engrossing and emotionally captivating this season.

I tried season 2 of Unbreakable Kimmy Schmidt and couldn’t get into it; it’s totally on me, I keep expecting her PTSD to come out a bit more than it does. I enjoyed season 1 but it’s a bit too fluffy for my liking because of the subject matter. I keep wishing they would address the fallout of recovering from spiritual abuse (a serious, too often ignored reality imo) more fully rather than the unrealistic way that Kimmy seems to cope positively with just about anything (basically not enough fear and breaking down, which I admit, would make for a different show :-p), plus Jane Krakowski’s native american antics make me really uncomfortable. This said, Titus Andromedon is life itself.

I did watch ‘Un Long Dimanche de Fiançailles‘ (A Very Long Engagement) with Audrey Tautou. I was a bit put off at the start because there was such a strong whiff of ‘Amélie does World War I’ about it that seemed jarring but thankfully it’s a very compelling story, with multiple character stories fully fleshed out, although I do wish we had more than the ending we were given, maybe a look into the future. The most astonishing turn was Jodie Foster who spoke perfect French, and I mean perfect, she spoke without accent and I could have listened to her forever pronouncing her perfect r’s.

I also watched ‘Populaire‘, which takes place in France in the late Fifties and is about a young secretary who is terrible at her job apart from being a very fast typist. She gets entered into the local typing competition by her boss, they fall in love, blah blah blah. Visually, it’s a wonderful spectacle; the fashion and locations are spot on. It’s a sweet story, but to be honest, I hated the rampant sexism. I guess it should be expected because of the time period in which it is set, but you are supposed to root for the two main characters and here you have the ‘useless young naive woman rescued by patronising older man’ trope; he calls her -his employee- ‘mon chou’, which is a pet name meaning my sweet bun/sweety, and basically bullies her into doing what he wants her to do ‘for her own good’. Why she would ever fall for him is beyond me and there is little in the film to give me a compelling reason (maybe also because I don’t find the actor particularly good leading-man material). But hey, it’s sweet and has a happy ending in a predictable way, and as I said it looks fabulous.

I also watched ‘Interstellar‘ with Badgerman and absolutely loved it.

What I’m listening to

I’ve been listening to a Spotify playlist ‘the most beautiful songs in the world’, which occasionally gets a bit too folksy for me, but has some nice piano and cello as well. Perfect. 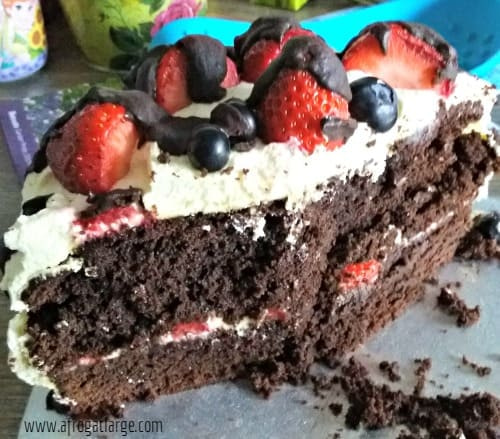 What I’ve been doing

I took a break from studying and I’m regretting it already. I’ve got a month to get an assignment out about Business Strategy, for which one of the task is to record myself do a presentation and post it on YouTube. I am not looking forward to this at all. And I still don’t know how I did on the finance assignment, which is bugging me big time!

And that’s it for this month! Be sure to click on the box to see the rest of the link-up for more recommendations and updates from the What I’m Into community.

There are a lot of French people scattered around the world, and a lot of us blog in English. This makes them, I guess, French expat blogs. Us expats/immigrants/whatever-the-hell-we-are have transitioned from the traditional French person to a multi-cultural hybrid, and you just can’t box us in anymore. We ain’t quite the real deal any longer, […]