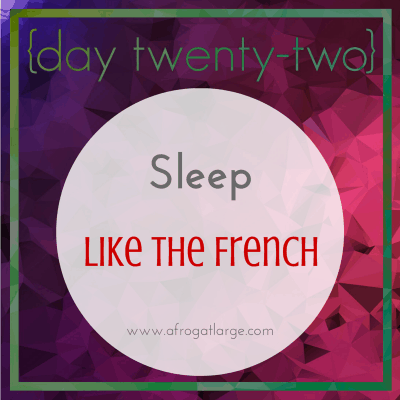 This blog post idea comes courtesy of my husband Badgerman, who said “surely you should write a post about sleep, after all the moaning you do about it and British windows”. He’s heard me complain often enough about blinds and windows and poxy cream curtains that let all the light in to know my sleep is important to me and that I cannot fathom why shutters don’t come as standard on British houses.

The best way to get a good night sleep, according to the French and SCIENCE, is to have a very dark bedroom. It doesn’t need to be completely pitch-back but it should be as close to it as possible. It’s a known fact that the darker the room the more profound the sleep. 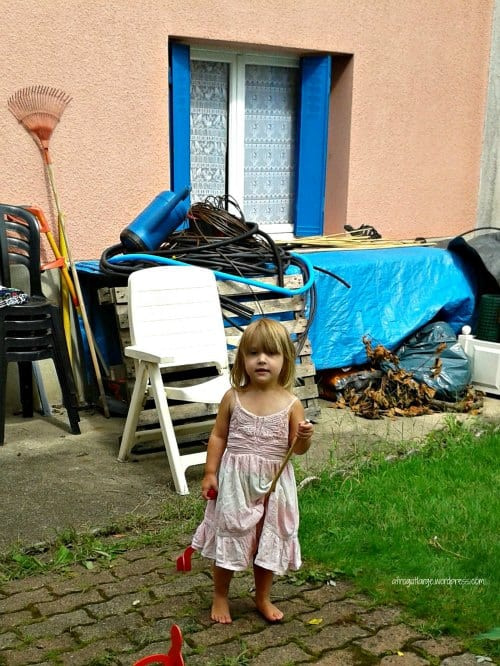 French people understand this so all houses and flats come with shutters as standard. Some have painted wooden ones and some have the more old-fashioned metal ones on the outside of windows. More modern constructions may have electric shutters but that’s not a statement of wealth, just practical. Typical English shutters: bespoke, affordable only to the wealthy, and installed inside the window (in case they get stolen?)

I cannot get my head around why shutters are not standard everywhere. They are common sense for so many reasons, not just because they create a darker and more suitable environment for a good night sleep but also because:

1. If you live in a hot country (or just for hot summer days), you can half shut them to protect your house and yourself from overheating but you can keep your windows open and get the benefit of the outside air instead of just being shut inside in a hot house.

But for this to work, you would need windows that actually open widely, and these are not to be found in England (another cultural shock for me!).

2. The flip coin is that in winter, closing your shutters helps keep the heat in and the cold out, you are immediately better insulated. So, you know, you save money on heating.

3. It is added safety; robbers have an extra job trying to get in. It’s just common sense!

The French haven’t earned their reputation as food lovers and great cooks without doing something right somewhere. But as I have explained before, there is a cultural aspect that transcends simply ‘doing as the natives do’. Food education starts in infancy. The school canteen as an extension of Health Education I’m sure that most children, as […]

For this post, I have had to search my memory for French books for children that impacted me when I was growing up. It was a tough task, but let’s not linger on the state of my neurons and instead look at what books French children are most likely to grow up with, though school […]