I’ve been threatening to translate this recipe from the original French for a while now, and so here it is. This is the third year I’ve made this delicious dessert for Christmas, although let it be known that it can be done for any special occasion and no one will think ‘why is there a Christmas dessert on the table?’ even if it’s in the middle of summer.

This recipe may look impressive but it is in fact very easy to make. The cake itself only takes 10 minutes to bake and is then filled and covered with chocolate, chocolate and more chocolate. 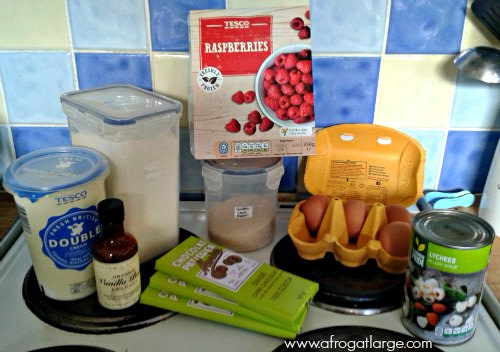 For the chocolate ganache:

For the chocolate icing: 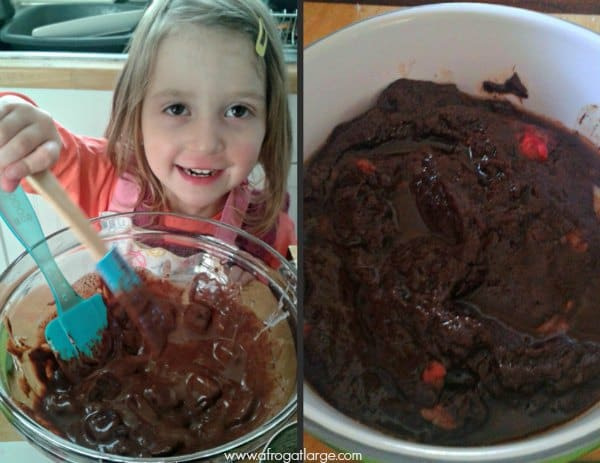 3. As soon as the cake is out of the oven, lay the biscuit out on a damp towel and roll it to help it take shape.

4. Unroll the cake and spread the chocolate ganache.  Sprinkle lychee pieces on top before rolling the log.

It tastes better than it looks, I promise!

Melt the chocolate and cream together in a glass bowl over a pan of boiling water (also known as a bain-marie) and mix well. If you are using glucose, add it at the end away from the heat. Ice the log and decorate as you wish.

Also worth a mention:

Our Christmases are small affairs. Just us and the girls, with one or two extra guests for Christmas Lunch, usually people from church who have nowhere to go for the holiday. We spend a leisurely morning with the girls eating breakfast and opening presents, then our guest arrives and we sit down for lunch […]