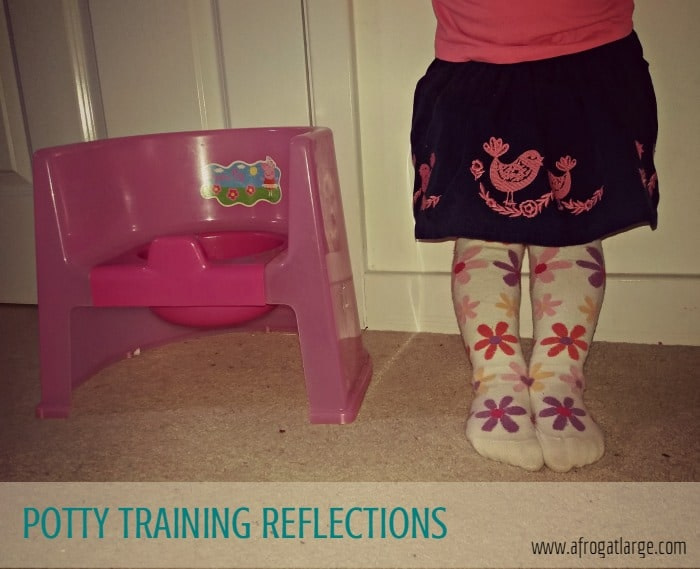 Everyone has a potty story to curl the toes of most child-free persons and not a small amount of card-carrying parents. In the next few weeks and months, I am going to embark on another potty training adventure with Luciole and I am not particularly relishing the thought, considering how long-winded an affair it was with her sister. At the moment, 2.7 yrs old Luciole is well aware of what she’s doing, but has no interest whatsoever in telling me about it until after the event. Instead, she waits until she has a brand new nappy on to use it as clean canvas for her little jobs. She sometimes even gives me 5 minutes respite before I have to change her again.

When we were first helping Little Girl to use the toilet a year ago, I once lay in bed and listened to the joyful shouts and exclamations emanating from downstairs ‘you did a poo in the potty, well done! Woohoo!’, which was one of those ‘what is my life?’ moments that you get every so often as a parent. The reality of parenting is that our successes are as random as they are dependent on the child, their personality, the circumstance, hell even the time of day, and there’s only so much mitigation you can do to steer them one way or another.

I have a friend whose eldest self-trained early, and whose second also self-trained before she was even 2. I would not have believed it possible had I not seen it with my own eyes. And despite her early difficulties with the toileting process, Little Girl took to being clean at night like a fish to water. No amount of reading, prep or training could have predicted this outcome, it’s just something she did (can I hear a hallelujah!). 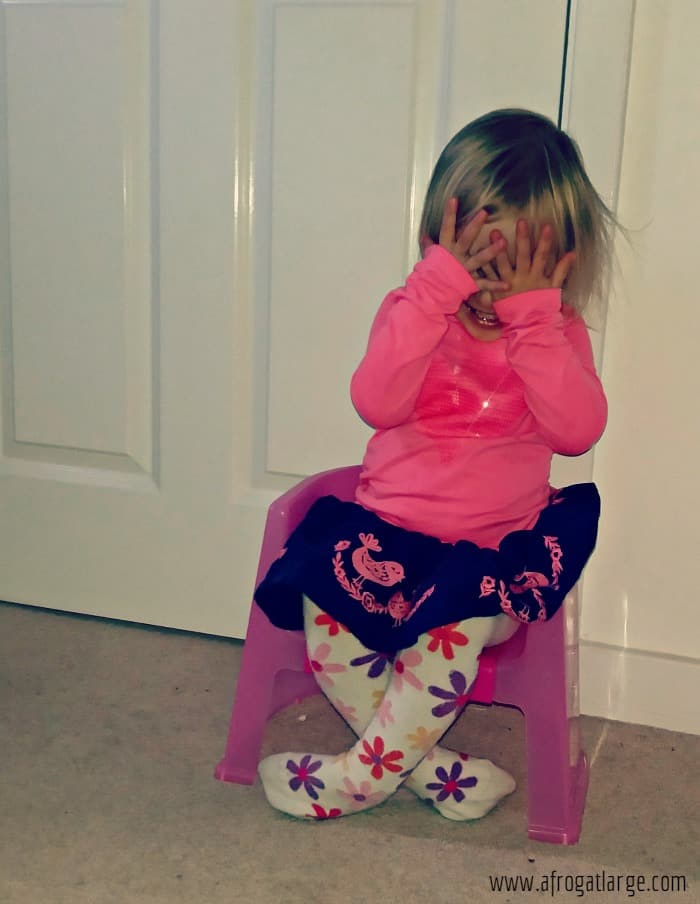 I’m being a bit lax this time and am just waiting for the summer holidays before actively steering Luciole to be clean. We have carpets everywhere downstairs and I just can’t face it. Potty training is still my parenting nemesis, the one thing that is just pure pain for me from start to finish. She has a potty, knickers that she loves to put on top of her nappy-pants, a potty training book, access to poo-themed YouTube videos (yes they exist, and she found them on her own), and generally she has an endless fascination with pee, poo and body parts so surely it is bound to happen at some point in the next six months.

photo credit: Kalexanderson via photopin cc All parents face one or more challenges that present more of a problem to them than others for completely obscure reasons. For me, potty training is that seemingly insurmountable hurdle. Breastfeeding was bone-achingly hard at first but I had a good handle on how it worked, why I was having problems and what […]

My two pence on Frozen

Photo from wikipedia WARNING: If you’re one of the 2 people who haven’t yet seen the film, this post contains spoilers for the 2013 Disney movie Frozen. Much virtual ink has been spilt already over Disney’s most recent animation ‘Frozen’, how beautiful it looks, its catchy songs, its lovely depiction of sisterly affection, its message […]