Pregnancy Secrets no one ever tells you

November 24, 2011Written by A Frog at Large
Leave a Comment 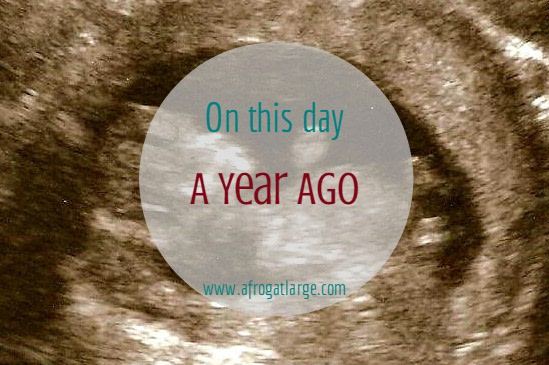 A year ago today, I was finding out that I was pregnant. It was a joyful occasion but also a bit scary. It didn’t feel quite real. Little did I know what laid in store for me either, which is just as well because otherwise I would have tried to run away, or something. In no particular order there was: 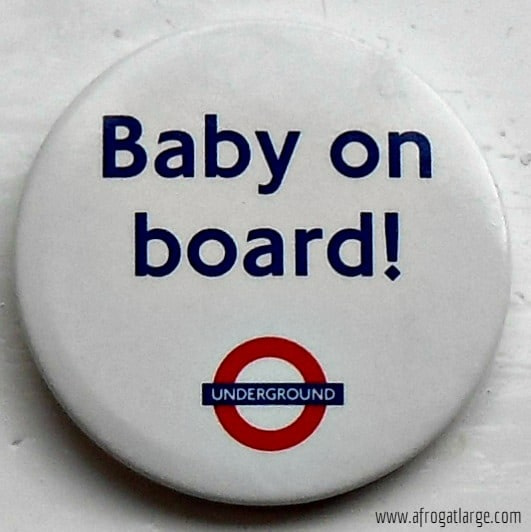 How I got a seat on the train

1. Missing out on the snow (both times!): that’s because I spent the WHOLE of December in bed with the kind of morning sickness that lasts all day. I wasn’t even sick more than once, but I felt like it a lot. Maybe because I have a phobia of sickness. Being sick makes me feel sicker. Thinking about sickness makes me feel sick. Other people’s sickness makes me join in the fun. Plus it gives me the scariest feeling of alienation and loneliness. So, I am not a fan. If someone had told me ‘Thou shalt suffer from debilitating motion sickness for 6 weeks’, I don’t know what I would have done. Which sorts of makes the thought of a second child some day a bit daunting.

I couldn’t set foot in the kitchen, I couldn’t even sit at the computer for more than 10 minutes without feeling awful. In fact, the first two weeks, I was in bed unable to move my head. I lost half a stone (which incidentally I still haven’t put back on, so yay for breastfeeding!). This is also why this blog that I had just started suffered sudden death and didn’t really recover until now. This is also the reason why I will never again drink ginger tea and eat rice cakes, thank goodness. Instead, I discovered that butter madeleines work just as well to settle the stomach, and I didn’t look back.

There was a lot of snow in December. Or so I’m told. I didn’t see it much, unless you count looking out the window forlornly on a rare upright day.

2. Missing out on Christmas fun: It also coincided with Christmas. So on top of not being able to eat fun smelly cheese and saucisson, I couldn’t have foie gras or sparkling wine (not Champagne, boak). I also couldn’t go to France to visit my family, which was the original plan. The first clue that we needed to cancel the trip was, obviously, the morning sickness. The second clue was the 2 mile queue outside St Pancras train station and the cancelled Eurostar trains. This on top of the prospect of 8 hours of train with a trek across Paris on the metro sort of made my mind up for me. The only positive about this situation was that we got a full refund from Eurostar, which they actually offered us if we’d consider rebooking the trip for the new year. Yes please!

3. Fainting on trains: it is possible to faint on the train whilst sitting. All you need to do is get sleepy (easy when it’s 7.30am and you have an hour’s commute into London), overheat and, well, be pregnant. After a few tries, I discovered that the best cure was to take my coat off, drink water, and eat lots of Haribo sweets. Whatever works!

4. Loo, where art thou? When you start planning your trips out by plotting which shops you can sneak into without being seen, or where they don’t mind you going in without forcing you to buy something, you know you’re having the full pregnancy experience.

5. Cravings: I developed an obsession with burgers. Not nice home-made organic healthy burgers, mind you, oh no! I craved the high-fat, high-salt fast food burgers. I decided that it was my body telling me it needed fat and salt and I followed its lead. With shame in my heart and a smile on my greasy face.

6. All the other bad things: reflux, not being able to sleep on my stomach, breathlessness and backache the last 5 weeks. Oh, and the birth.

7. On a more positive note, I was hungry all the time and ate a lot of whatever I fancied. The first trimester, I tried very hard to eat healthily. Then I stopped caring, because I was Just. Too. Hungry. Pregnancy turned me into a hobbit, with snack in bed, first breakfast, second breakfast once I got to work, elevensies, lunch and various other snacks throughout the day, followed by dinner. All I wanted to eat was bread, pasta, rice and potatoes. Especially potatoes, which it is possible have been put on this earth just to make me happy.