November 26, 2011Written by A Frog at Large
Leave a Comment 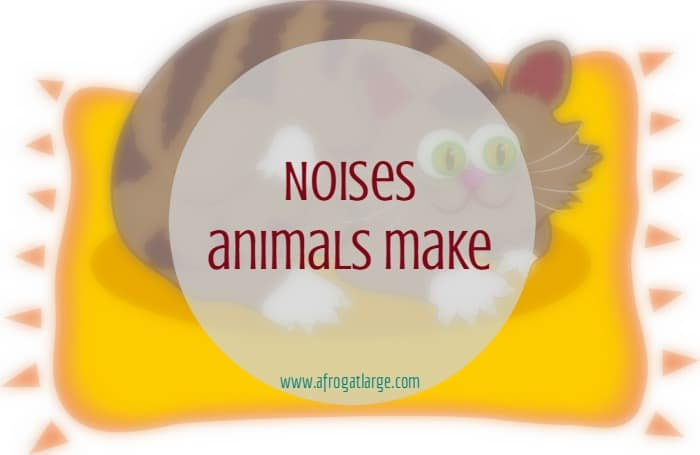 I have started reading to my daughter and her favourite book tells the story of a butterfly who wants to play but none of the other animals want to (it does end well by the way, the ducks are quite keen). We don’t yet have many French books so I have been translating it as we go along. It’s easy enough; there aren’t that many words, however it requires me to make the animal noises based on what is written down, some of which are totally baffling to me. It turns out that it’s quite hard to translate animal noises!

Duck says Quack Quack, or Coin Coin, and although it doesn’t look it, it sounds pretty similar (apart from the ‘ck’ sound at the end).

Dog says Woof Woof or Ouaf Ouaf; Cat goes Meow or Miaou, no problem there, it’s pretty much the same.

Pig goes Oink Oink apparently… I have no idea what Pig says in French, but anyway, it grunts right? I definitely sound pig-like, but Oink is a bit of a stretch.

The Cockerel goes Cock-a-doodle-do. Does it? Really? Hubby says it in his best posh voice and it sounds hilarious, but nothing like the real thing. In French, well, let’s just say that ‘Le Coq’ doesn’t translate particularly well but it’s easier to go Cocorico! and feel like the morning has indeed come.

The butterfly goes Flutter! Flutter! I don’t know what to do with that. I ended up translating it as ‘Flap, flap!’, which works as some sort of onomatopoeia, maybe?

Frogs go Ribbit Ribbit; shamefully, given the name of this blog, I have no idea what they say in French!

I can’t think of any others, but suggestions are welcome.