National Rail vs the French Elections

I should have been going off to London today to cast my vote in the first round of French presidential elections but thanks to National Rail, it is not going to happen.

There is some engineering work taking place on the train line and so half of the journey needs to be undertaken by bus, which adds at least 40 minutes to an already long journey north. I am not happy. There has been engineering work on that line for at least five years as I remember taking this route to see Badgerman when we were dating. I cannot recall these bus trips without getting a sick feeling in my stomach. Hurling along country lanes in a double-decker bus is not fun.

I am not happy. In fact I’m pretty angry about it. I was all geared up to go but it is an additional hurdle I am not willing to jump. I was literally just logging in to check train times when I noticed that the travelling times didn’t look right. It is so frustrating because I haven’t actually ever voted for a French president and I was looking forward to it, despite not having made a final decision on who to vote for. 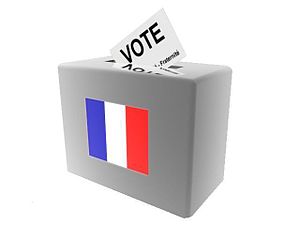 France is often slow to embrace and use new technologies and to implement changes to existing systems however out of date and so there is nothing set up for postal votes. That something so simple and practical should not exist would normally make me shrug and think ‘well, that’s French bureaucracy for you’ but it is an important day and it makes me angry that there is no alternative to turning up in person at London’s Lycée Français. Especially when you think that internet voting has in fact been set up for the élections législatives next month, which are to elect our representative in England (like an MP I guess). I’m sure there’s a perfectly good explanation for this but it doesn’t make it less useless today.

Being a French national in the UK in 2017

I’m a French citizen, an EU citizen, and soon to be a really shitty bargaining chip and statistic in the Brexit negotiations, my entire life, relationships and work activity reduced to a label, supposedly so that UK citizens can get a better deal in what must be the most staggeringly fast descent into drunken decision-making […]