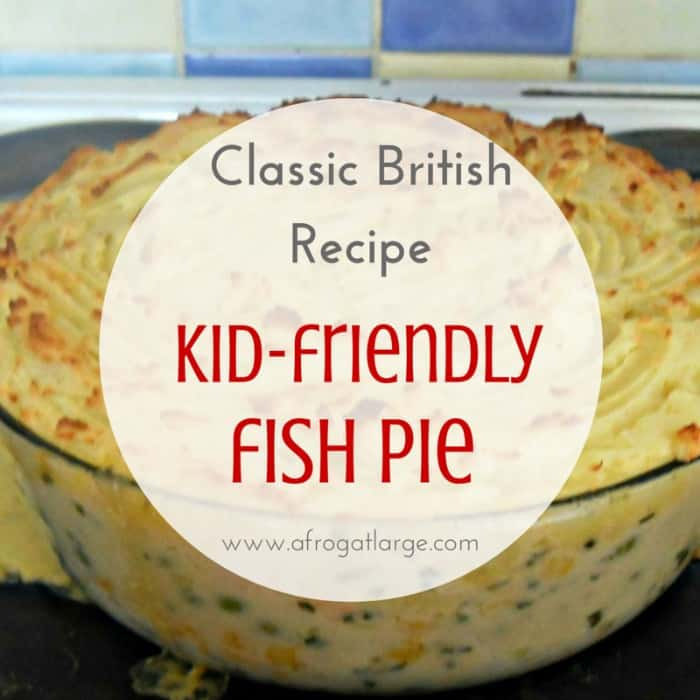 I made my first fish pie this evening with great success, and you’ll see the fish pie recipe I used is dead easy. Little Girl in particular scoffed it down with obvious relish, which is fantastic from my point of view because fish is not the most popular of foods with babies and toddlers. It’s good to know we have an option other than fish fingers and smoked salmon! 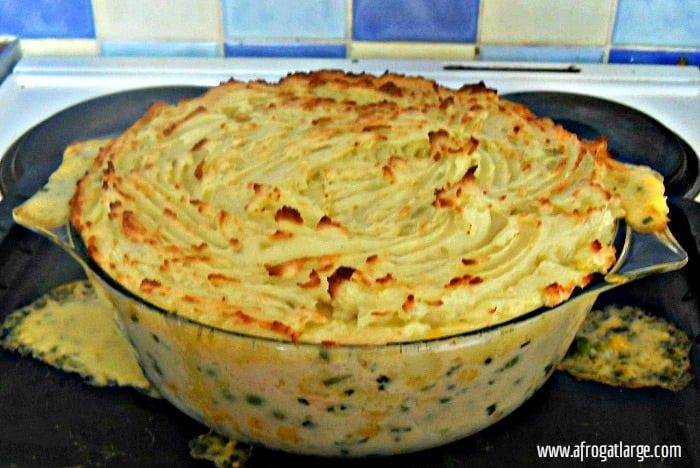 No gutting of fish needed

I don’t know whether fish pies are a British thing or not but the closest we have to it in France (that I know of) is Brandade de Morue, which is made with salt cod mixed with potato mash. It’s delicious but doesn’t really compare. In any case, I am a big fan of fish pie but I had never attempted to make it until now. I have been under the misguided impression that fish pie is expensive to make and therefore a bit posh. As you can see from the above, it is anything but posh (also, there is nothing inherently wrong with posh, it’s my own prejudices talking)! When I had just given birth to Little Girl, friends from our church had arranged a meal rota for us and we tasted a couple of fish pies. Badgerman fell in love with them and I realised that it couldn’t be that expensive to make if our friends were able to make it as an extra meal for us.

So earlier this week, I went on a quest to find the tastiest recipe and asked friends via Facebook to send me their favourite. A couple of people responded and I decided to pick my favourite things about their suggestions to make my own version. I hereby give you my very own, Froggy’s Fish Pie recipe:

I’m going to assume people know how to make potato mash* and move straight on to making the sauce.

1. Put your fish (frozen or not, mine was still frozen) in a saucepan with 500 mls of milk and a knob of butter over a gentle heat for 15 minutes to poach.  Once poached, strain the fish and keep the milk for the sauce.

2. In a heavy-based pan over medium heat, melt 40 g of butter with the chopped spring onions. As soon as it is melted, drop the flour in one go and whisk quickly to make a creamy paste. Pour the milk used to poach the fish and whisk constantly to avoid lumps until it starts to boil and thicken.

3. Take out of the heat and add the grated cheese, stirring until completely melted, then add a teaspoon of Dijon mustard, the chopped chives, prawns, frozen peas, sweetcorn and the reserved fish. Pour into a pie dish.

NB: In my opinion the grated cheese in the sauce enhances the taste but is by no means necessary for a successful pie.

* If you don’t know how to make mashed potatoes, don’t feel bad, but you should really read this. 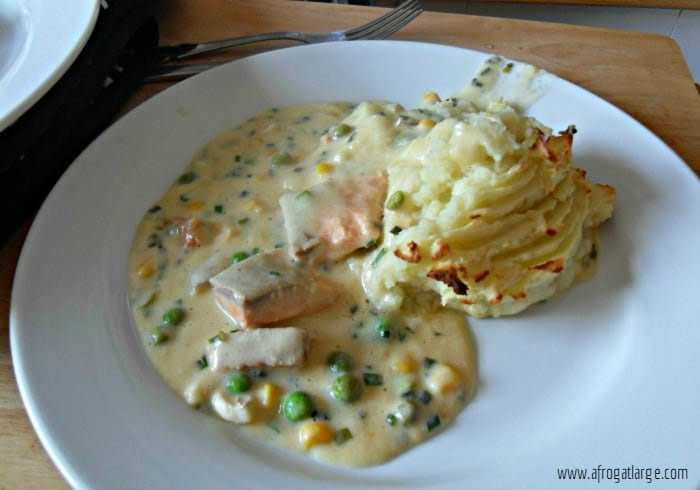 For more fish adventures, check out when I made a fool of myself trying to gut a fish.