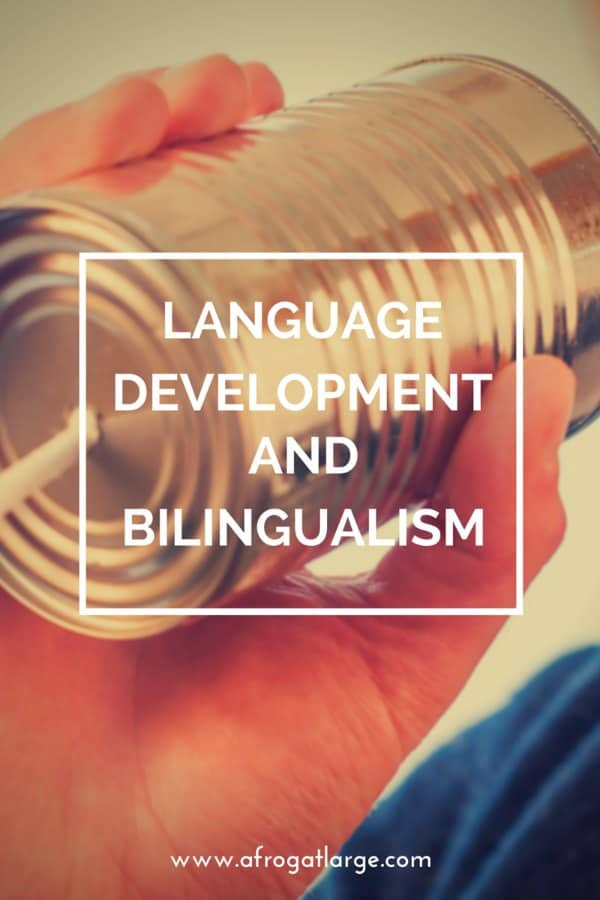 One of the many questions a parent may ask themselves when trying to raise a bilingual child is: ‘will my child be at a disadvantage?’ ‘Will his understanding be delayed?’ ‘Will she be able to advance at the same pace because of having to learn two languages or more?’ The answer to all of these is a categorical no according to current research. Being bilingual is beneficial in many areas of life, especially in the early years. But there is also the reality that a small percentage of children the world over have language development issues for a variety of reasons.

Little Girl has a lisp, in that she can’t pronounce the ‘ch’ sound at all. ‘Elle zozote’, as we say in French. It’s cute but I have been aware of it for a while as a potential ‘thing’ to look out for. She is only three years old so it hasn’t been on my urgent to-do list but I have noticed it, especially around her peers who don’t seem to have the same problem. Until recently, I didn’t know if it was an issue or not, and I had no real way to figure it out on the sly. When can you start talking about language delays anyway? Is there really no correlation between language development delays and bilingualism? These are real questions and it’s not that easy to see the wood for the trees when you are in the thick of it. Information isn’t exactly readily available unless you notice a problem yourself and take it to a specialist. As a parent with a basic understanding of biology and an even better knowledge of how to use Google, I didn’t want to blow it out of proportion but I didn’t know where to turn either to get some basic information without committing a crime against my brain by going on Wikipedia.

Then about a month ago I got an email from our local family centre advertising a Speech and Language Therapy drop-in clinic and I jumped at the chance to get it checked-out.

The observation was very laid back; Little Girl was presented with pictures of objects and animals and asked to describe them before putting the cards in a big red post box. The therapist went through a lot of words, most of which Little Girl knew (phew) and I was even more gratified when she saw a picture of a frog and said ‘grenouille’ (‘she can’t put a French sentence together but she does know some words!’). At the same time I was gradually getting twitchy watching the therapist write something down next to 90% of the words. I had never noticed before but Little Girl pronounced almost all of them a little bit wrong. It was mostly bog standard stuff like poon for spoon, tair for stair, wabbit for rabbit, bruss for brush and soo for shoe. And all the ‘th’ sounds, which are typically English and even I don’t know if I say them right all the time, so I wasn’t surprised to hear her mangle them a bit. Still, seeing this on the page was concerning.

It turns out that her development is completely normal and appropriate for her age, including all the ‘sh’ and ‘th’ stuff. And the therapist was very positive about the fact that we were trying to raise her with both French and English; she had no concerns at all. She did say that considering the pool of words and sounds she has to learn, a little delay was possible but nothing to worry about.

What I didn’t know, and I suspect most parents don’t either, is that a lot of pronunciation doesn’t settle until a child is five or even six years old! Not only was all of this information completely new to me, but it also felt like something I should be aware of without needing to go to a special clinic because I am worried. This sheet below is the most helpful thing I’ve seen all year.