How my roar turned into a whimper

A quick post from me today; it is half-term and having my teacher husband home has disrupted my life in a good way but it means I haven’t had much time to sit down and write – well, that is what I tell myself anyway. I could more truthfully perhaps blame my Kindle: I have been reading the Song of Ice and Fire series by George R. R. Martin and I am completely addicted. Still, in between this and that of not doing very much at all, my inner feminist has managed to suffer a severe blow to her self-belief as a ‘I too can kill the beast’ woman.

I am quite the unapologetic carnivore; having grown up in France, I have been used to eating such things as rabbits without ever feeling any of the ‘poor little bunnies’ stigma that seems to affect most British people I have come across. I honestly believed (until today) that if it came to it and I had to hunt and kill my own food to survive, I would do it and I would be OK with it. But what is all well and good in theory is, well, just theoretical after all, as I now know.

It all came to a head yesterday when I went to the kitchen to cook the fish I’d bought at the supermarket. We quite often buy whole fish in our house, particularly rainbow trout as it comes much cheaper than salmon fillets and tastes great. It’s an easy dish; bang the whole thing in the oven on a bed of tomatoes and capers with a bit of white wine and lemon and you have yourself a tasty lunch in 20 minutes. Yesterday I went to prepare lunch and realised to my horror that the fish was not gutted. It felt Very Wrong in my hands. Usually, I don’t even have to ask, the fishmonger either asks if you want it done or the fish is already prepared. We have bought a lot of fish over the years and it is the first time it wasn’t gutted. But I braced myself and thought ‘that’s OK, I can do this, it’s only guts and gore’. So I tried, oh my goodness people, I really tried. But I’d never gutted a fish before and my knife was not very sharp. The whole thing was disgusting, very fishy and gooey and I made only a small cut and all this stuff came out and oh my god I am not cut out for this and I think I feel a bit ill and HUSBAAAAND! I don’t think I can do this! Waaaaaiilll!

So there. I failed. I didn’t gut the fish. Badgerman tried and later told me I shouldn’t come to the kitchen as it was ‘not a pretty sight’ and we should probably eat something else for lunch. It’s not like I even had to kill the fish; the job was already half done! I felt a bit sorry for myself after that, strangely sad and ashamed that I let myself down by being afraid of a bit of smelly sea life.

And still somehow at the back of my mind I think that if my survival depended on it, I would kill the beast. I would, through gritted teeth, gut the fish. But maybe first, I should sharpen my knife and take a few practical lessons with Bear Grills. 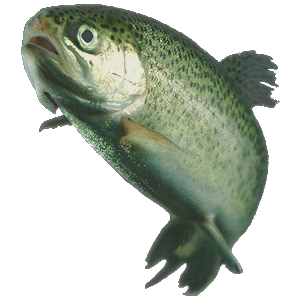 The Beast that bested me (Image via Wikipedia)

We eat a lot of chicken in our house and sometimes I get a little bored with my regular recipes. The Boursin chicken recipe I’m going to share below was cooked up by my good friend Lozza and it has been mentioned so many times in my circle of friends that it has turned into […]

Content Note: people of a nervous disposition should read no further, discussion of blood and body horror below. For years, I’ve lived without owning any sharp knives. Or, if they once were sharp, that memory has long since been lost in time. Maybe they were sharp when I first bought them, along with the sharpening […]