Are French spelling changes a sign of the apocalypse? 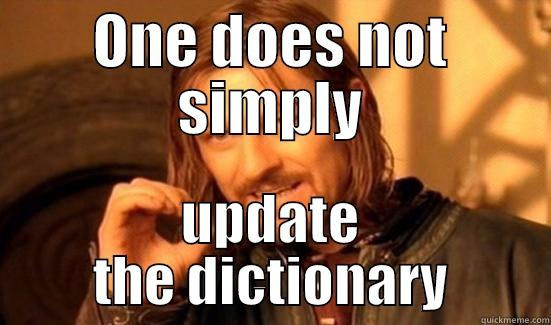 In case you were wondering, a heavy dose of sarcasm was used when deciding on the title for this post… We may have some time to go yet before the apocalypse is upon us, but I think it’s fair to say that almost nobody likes change and that people love to overreact on social media. When a French spelling reform was announced in early February, the reaction to the news that appeared on my social media feeds and elsewhere online kept me entertained for a good few days. No one gets more irate than a French person faced with the suggestion that the French language is less than eternal, timeless and a beacon of light in a world full of savage languages that dare evolve because what is at stake here is the survival of France as we know it, the very foundations of the world. Will no one think of the children?????

The Independent and the Guardian were two among many to publish a nice little report on the scope of the reform and included some of the reactions, which were indeed enlightening, and by enlightening, I mean I rolled my eyes so much I feared I was going to lose my contact lenses inside my brain. It led to an interesting discussion with friends on Facebook, as English people were understandably befuddled by all the fuss (as English is one of those wild languages whose evolution is left at the mercy of the masses) and my attempts at enlightenment less than stellar.

I have always been very good at grammar, spelling and the French language in general, I always did well at dictations, and I can appreciate a nicely put French sentence. I’ve always found a great deal of satisfaction in being able to write properly. So I understand the value of having and following set rules for how language should formerly be written, and I understand the dismay of suddenly being told that your efforts to learn how to put the flipping ‘accent circonflexe’ in the right place was for nowt. I bet there hasn’t been a change in the French spelling curriculum in decades. The Académie Française, that illustrious gathering of old-fashioned French minds that dictates what is and is not acceptably French, is not exactly known for being responsive to change, and yet it is them that pushed these changes forward. It is not like the English language is without rules either. Some are quite convinced that English is very difficult to learn because of the sheer number of irregularities; I mean, do try to pronounce cough, plough and tough without getting a headache.

French people keep saying that French is a ‘langue vivante’, a language that is alive, whilst all the time looking at every suggestion of its evolution as a sign of, well, the apocalypse. It’s not even as if it hasn’t changed before. The poor accent circonflexe that is being removed from so many words, this little hat sign ˆ that has been put at the forefront of the discussion, wasn’t always in use. It used to be that hôpital was spelled hospital, and château was spelled chasteau, and the sign was added to remove the silent ‘s’. Yet it is possible that some French nationalists would like us to revert to speaking like the playwright Molière did – can you imagine having to go back to speaking Shakespeare’s English? Yeah, me neither.

This said, I know that I am going to struggle mightily with many of the spelling changes when they come into effect in September, not least that of the humble onion. It is going to go from ‘oignon’ to ‘ognon’, and I won’t lie, it looks weird to me, and I doubt that it will ever look anything but weird and misspelled. It may take a generation for the change to embed itself but to say that it dumbs down language? Ridiculous.