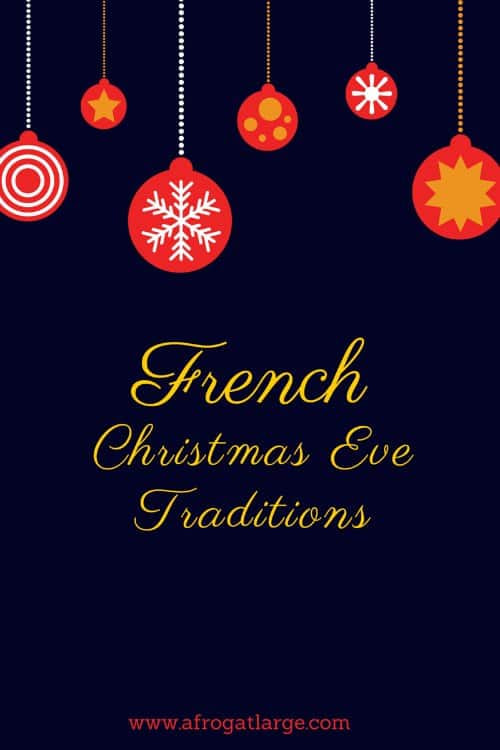 In my early years in the UK, I usually went back to my parents at Christmas so I rarely experienced a full-blown British Christmas. The couple of times I did however, it was glaringly obvious that the UK and France don’t have the same traditions AT ALL when it comes to Christmas Eve, a few of which I am going to share below. This is the kind of stuff that falls under the type of culture shock experiences that take you by surprise if you’ve been in a foreign country for a while and thought you’d figured things out a bit.

This said, my French family didn’t follow any of the traditional French ways at either Christmas or New Year so this is just one person’s reflections and hardly indicative of the wider Mysterious Ways Of The French. For one, there was not an oyster to be seen ever because they’re grim and expensive and we didn’t hold with that sort of thing. That made us barely French at all in some circles.

None of THIS in French shops, thank you very much

I have carried this tradition over, so in the main our CE dinner will consist of a selection of canape bites. My only cooking that evening will be these gorgeous lobster rolls thanks to Lidl’s lobster. But there will be absolutely no oysters.