112 Gripes about the French: a book review 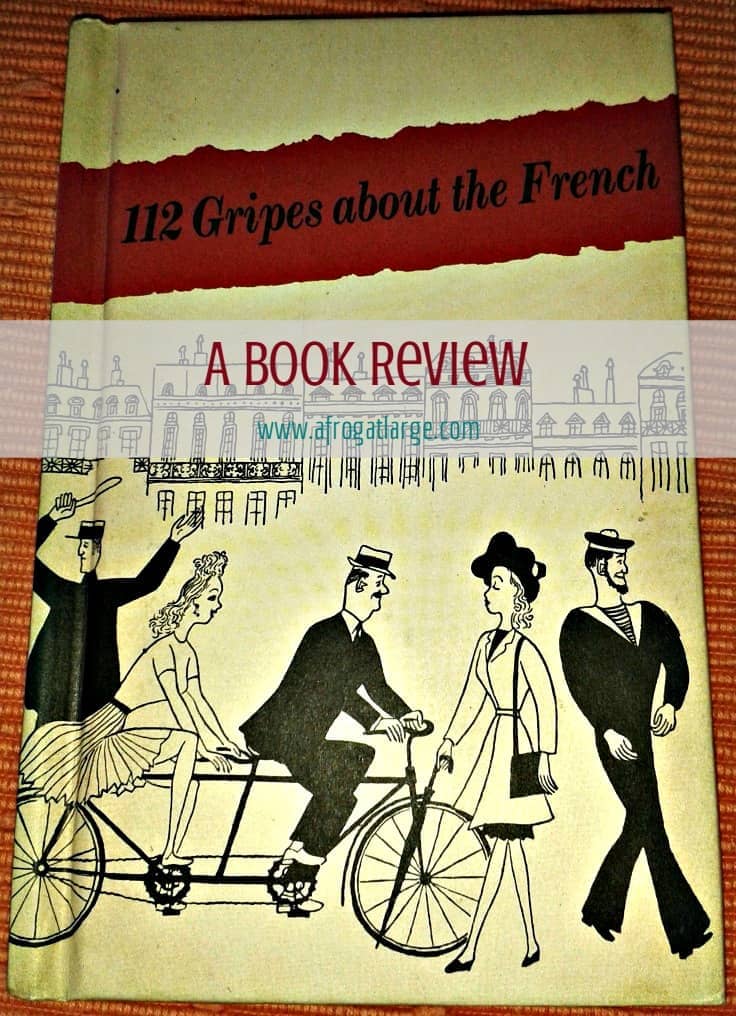 I recently read this little treasure of a book, and I loved it so much I took photos to remember its fabulousness. You just know it is is going to be full of gold with a title like ‘112 Gripes About the French‘. It is a book that was, according to the introduction, given to every American soldier who came to France during World War II as a means to educate them about what to expect in France and when dealing with the local French people once they landed there. It was first published in 1945 by the Information & Education Division of the US Occupation Forces in Paris and intended to respond to questions and difficulties raised by the US forces on the ground. ‘112 Gripes about the French’: a story of cultural shock in time of war

Written in the form of questions and answers, it is informative, entertaining and occasionally jaw-dropping. It tells a story of culture shock, with its assumptions and misunderstandings; it tells of friendship and respect and humanity at its best and worst. I highly recommend it as an insight into the European and American mindset of mid-twentieth century, and into the very human dilemmas and difficulties soldiers face at any given time (be it then or now) when they are dropped into a foreign culture in the midst of traumatic circumstances. It highlights the complexity of human interactions and how much work is involved in trying to understand one another. 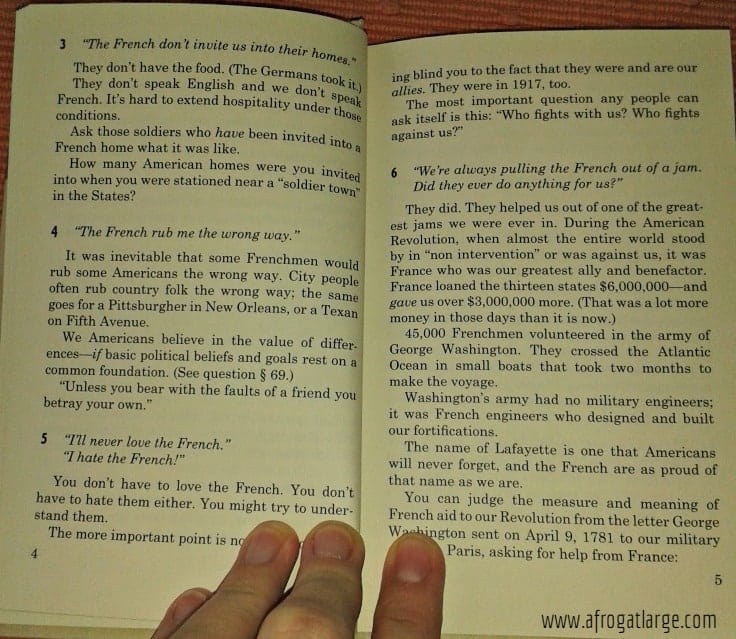 Of the above pages, question 3 and 5 are the most fascinating to me. Gripe number 3 is especially interesting, because it highlights just how easy it was for misunderstandings between soldiers and local people to arise, and how little knowledge of the local situation foreign soldiers must have had for the issue to even be raised.

3. “The French don’t invite us into their homes”
They don’t have the food. (the Germans took it). They don’t speak English and we don’t speak French. It’s hard to extend hospitality under those conditions.
Ask those soldiers who have been invited into a French home what it was like.
How many American homes were you invited into when you were stationed near a ‘soldier town’ in the States?

Basically, this is a fascinating short read that is worth checking out if you are interested in history, particularly WWII and French/US relations, and cultural differences.

Please note that this post contains affilliate links. If you choose to buy the book through the link, I will receive a small commission which will be used to fund this site, at no extra expense to you.

I can’t remember exactly how I decided to add Daring Greatly to my birthday books’ wish list. I first came across it when it was recommended on one of the blogs I follow. It sounded interesting but I wasn’t as excited about it as I was about reading Quiet or Bread & Wine. Maybe because it sounded a […]

French Parents Don’t Give in – A Book Review

A couple of years ago, when the book ‘French Children Don’t Throw Food‘ was published, I reviewed the accompanying Wall Street Journal article by the author Pamela Druckerman. I didn’t disagree with everything but I had a number of ‘issues’ and I had a bit of a rant. It turned out to be one of […]