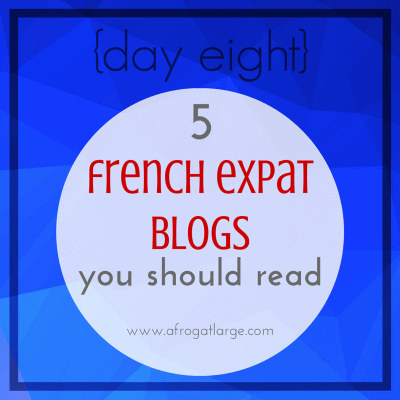 There are a lot of French people scattered around the world, and a lot of us blog in English. This makes them, I guess, French expat blogs. Us expats/immigrants/whatever-the-hell-we-are have transitioned from the traditional French person to a multi-cultural hybrid, and you just can’t box us in anymore. We ain’t quite the real deal any longer, and yet, you may take the French person out of France, you can’t take France out of them. Not all of it anyway. As much as the French government would like to physically carry us back to the motherland to invest our well-earned dollars and pounds into home-grown businesses, we don’t see what’s in it for us, especially considering the hoops you have to jump through to set up your own business and the paperwork involved. But that’s another post for another time.

We may love the country we have moved to, we may love the life we have made for ourselves but there is still a part of us that is drawn to the country that shaped our early years, as faint a trace as might remain after so many years. We all get homesick from time to time, even if, like me, it happens once every six months and lasts all of two hours whilst I munch on a croissant and listen to soppy French love songs. We all have different ways of coping with that sense of dislocation, and as for me, I’m always excited when I stumble upon new interesting blogs. I particularly like French bloggers who share their experience of living abroad, in the same way that I much prefer to read books about France written by expats; their insights are refreshing. Here are a few English-speaking blogs from expats who bring their unique French eye to their new culture. This is the best way to see first-hand what cultural differences exist between France and your own country.

If you know other French bloggers scattered around the world, please link to them in the comments!